The Fate of IT Industry in Ukraine Since Russian Invasion

Now the fate of the IT industry is in the midst of a split between Russia and Ukraine. The country with the contribution of IT experts is being invaded by Russia, military invasion, and cyberwar. In this article, we will discuss the consequences of the invasion and what cyberwar might have happened to the Russian invasion of Ukraine.

When Did Russia Start a War with Ukraine? 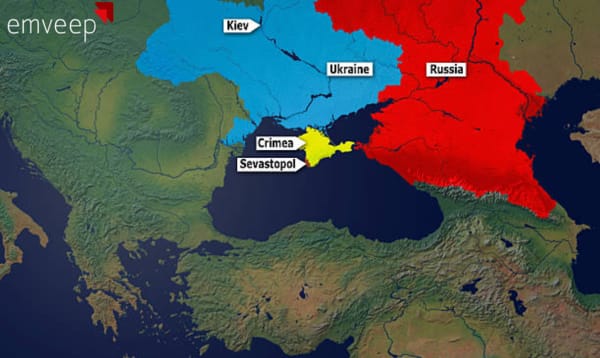 Russia and Ukraine war occurred in February 2014. Russia, which initially only focused on the status of Crimea and part of the internationally recognized Donbas, is part of Ukraine. Russian soldiers without insignia took control of strategic positions and infrastructure on the Ukrainian territory of Crimea and captured the Crimean Parliament. Russia held a widely criticized referendum for Crimea to join Russia. It later annexed Crimea.

In April 2014, demonstrations took place between pro-Russian groups and the Ukrainian military in the Donbas area. In August 2014, a Russian military vehicle crossed the border into the Donetsk republic. An undeclared war began between Ukrainian troops on the one hand and pro-Russian groups. The war ended in a static conflict with repeated ceasefire attempts failed.

The Minsk II Agreement emerged in 2015, which was signed by Russia and Ukraine, but several disputes prevented it from being fully implemented. In 2021 and early 2022, Russia is building a large military base around the Ukrainian border. But NATO accuses Russia of plotting for an invasion. Then-President Vladimir Putin criticized NATO’s expansion as a threat to his country and demanded that Ukraine be barred from joining the military alliance. On February 21, 2022, Russia officially recognized the two self-proclaimed separatist states in the Donbas and publicly sent troops to the region.

Why Did Russia Invade Ukraine? 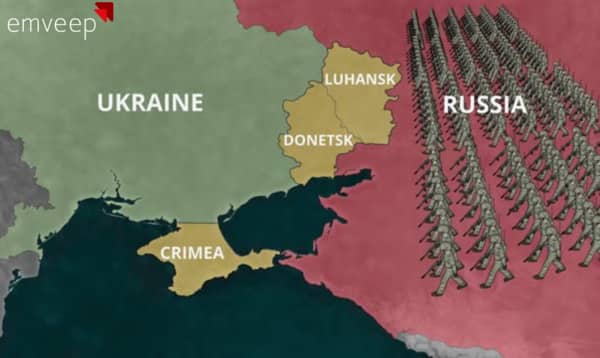 The Russian leader wants Ukraine to recognize Crimea as part of Russia and recognize the independence of the separatist-controlled east. He also demanded that Ukraine change its constitution to ensure it would not join NATO and the European Union.

But the demands don’t stop there. The Russian leader wanted NATO to turn back to 1997 and reverse its eastward expansion, complaining that Russia had nowhere else to turn.

This, of course, requires that NATO remove its troops and military infrastructure from member countries that have joined the alliance since 1997 and not deploy their military near Russia’s borders.

German Chancellor Olaf Scholz argues that the Russian leader wants to take over Europe according to his worldview. Putin wants a Russian empire. But in 1990, NATO had promised not to expand its territory an inch to the east but did so anyway.

Can Cyberwar be a Participant in War? 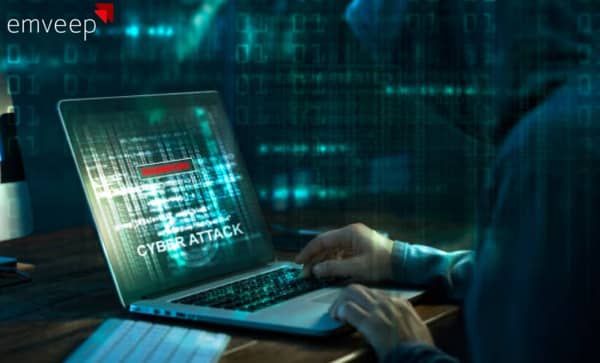 Although this cyber attack is very possible because we are in a new era with the Russian invasion of Ukraine. Experts say the US is almost certainly preparing for a potential increase in cyberattacks from Russia. “In reality, it would be surprising if the US defense posture did not exist yet,” said Purandar Das, CEO of Sotero, a data security software company.

George Perera, associate director of cybersecurity law at the University of St. Thomas, said that cyberattacks from Russia are likely to target critical infrastructure; if successful can be devastating potentially lose clean water, electricity, financial markets, etc. He added that the chances of a successful strike against the US were “minimal”, thanks to US defence capabilities. But some warn that the private sector, in particular, may not be sufficiently prepared, even as many companies have struggled in recent years to better protect against cyberattacks.

“The growth of ransomware attacks over the past decade should alert private and public entities to changing their security postures,” Ryan Golden, cybersecurity expert, and chief marketing officer at Halcyon, said. who makes anti-ransomware software, says. “Unfortunately, cybersecurity programs are still seen as a line item on the budget sheet, leaving many organizations and institutions vulnerable to intrusion.”

Russia has a long history of using cyberweapons against its perceived adversaries, including the US. In recent memory, significant Russia-related cyberattacks in the US include the SolarWinds hack, first discovered in late 2020, and a series of high-profile ransomware attacks, including last year’s attack on the Colonial oil pipeline. The first, which led to several US government agencies’ infiltration and about a hundred companies, was linked to the Russian intelligence services. The latter, which took a pipeline carrying half of East Coast gasoline offline for several days, was linked to a Russia-based criminal organization, likely operating with the knowledge and approval of the Russian government.

But Putin denied that Russia was involved in both incidents, and the Russian embassy previously said it was “not conducting operations in the cyber domain.” But the Biden administration cited the SolarWinds hack as one reason for economic sanctions against Russia last April. Last June, the president said that, weeks after the Colonial Pipeline attack, he told Putin there would be “consequences” if the ransomware attacks in the US.

“Russia has evaded a lot of responsibility for cyberattacks,” Josef Schroefl, deputy director of strategy and defense at the European Center of Excellence for Countering Hybrid Threats, said. “In conventional warfare, attribution is usually direct. But in cyberspace, it is very complex and can be time-consuming and costly.” 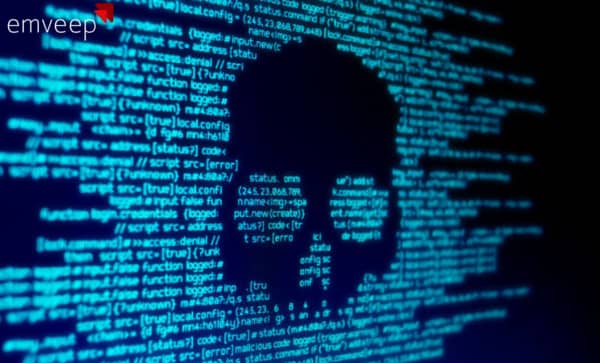 Meanwhile, Ukraine has been under the threat of cyberattacks from Russia for years. The country’s power grid was attacked in 2015 and 2016 and is reportedly still vulnerable today. A malware called NotPetya was launched in the Ukrainian financial sector in 2017 and eventually spread to millions of computers worldwide, causing billions of dollars in losses. In October 2020, the US indicted several Russian intelligence officers for their alleged involvement in developing NotPetya and hacking attacks on the Ukrainian power grid.

For its part, the United States has also been caught using cyberweapons several times. In coordination with Israel, it is believed to be behind Stuxnet, a virus that targets Iran’s nuclear program. No country has ever recognized this.

School said Ukraine had “expanded and greatly enhanced its capabilities” to defend against cyberattacks in recent years, with the help of European Union countries and Israel. “But in principle, Ukraine still needs support, especially in securing its command and control system and critical infrastructure.”

Ukraine also gets help from hackers not affiliated with any state: Ukraine has reportedly asked for the use of “underground hackers”, as Reuters calls it, to help protect Ukrainian infrastructure and spy on the Russian military. A hacking collective known as Anonymous claimed late Thursday that it was behind a DDoS attack that brought down a Russian state-sponsored news site. One of the leading ransomware gangs has pledged its allegiance to Russia on the Russian side.

Impact of Russia Invaded in IT industry Ukraine Now 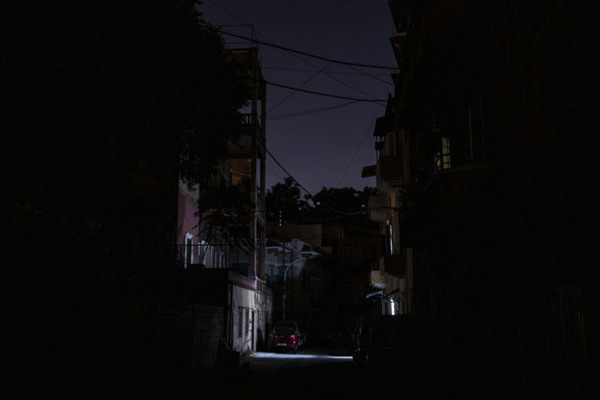 Kerry Hallard, chief executive of a U.K.-based trade group, said that 80% of computers had no internet access at one member business in Kharkiv.

“Because Ukraine is obviously a huge IT industry, the conflict will have massive repercussions,” Ms. Hallard said. She said that technology workers in the country support fields including banking, insurance, and other financial services operations.

Ukraine’s information technology sector has been booming. According to a report by the IT Ukraine Association, A Trade Group, the country’s IT export volume increased 36% last year to $6.8 billion, up from $5 billion in 2020 and $4.2 billion in 2019.

Technology companies say they employ people in the region, including a German software provider, a London-based financial technology firm, an Israel-based services marketplace called Fiverr International Ltd, and Wix.com’s website design and development platform. Companies that have outsourced talent there have grown to rely on them. According to Ms Gove, “Many companies are likely preparing to mitigate the impact of Russia’s actions by relocating projects to other teams.”

Russian attacks are still being carried out today. Various countries are also trying to find a middle way from this invasion. But Russia has remained steadfast in its principle of refusing Ukraine to join NATO. However, the impact of this invasion forced the IT industry in Ukraine to be forced to evacuate to a safer place. No one knows how long this invasion will end. The Use of Coding in App Development: Is It Necessary?