Is Metaverse Related to Web 3.0?

After the world was shocked by the development of Web 3.0, this time the world of technology shook civilization again with the emergence of the Metaverse. This is nothing new, as we already know that last year, Facebook changed its company name to Meta Platforms Inc.

The term metaverse itself refers to a 3D virtual world whose inhabitants are real people with avatars that represent themselves. In short, the metaverse is the internet rendered in 3D.

Between Web 3.0 vs Metaverse, both are generating excitement in today’s tech world. If you look at it briefly, you might think that the two refer to the same thing. However, conceptually are different.

To clear up your confusion, let’s dive deeper.

Web 3.0 is described simply as a decentralized internet, which is built on technologies such as blockchain and decentralized autonomous organization (DAO) and is not centralized on servers owned by individuals or companies.

The concept of Web 3.0 refers to the creation of a more democratic internet. No single entity has control over the entire flow of information and data, instead, servers, systems, and networks where applications run as well as data storage, in theory, will be owned by the users themselves.

Whereas the Metaverse, on the other hand, is short for the virtual world. The metaverse is often defined as a single worldwide virtual environment that is made possible by virtual and augmented reality headsets in futuristic and sci-fi works.

The Metaverse will expand as a new world and will include various elements such as VR Chat Rooms, Online Games, Online Activities hubs, and so on. People will be represented by their avatars to communicate. Their digital currency will be used, and users will be able to make purchases using that currency.

Apart from the different meanings, there is a more significant explanation to find out the difference between the two, as follows :

Differences Between Web 3.0 and Metaverse 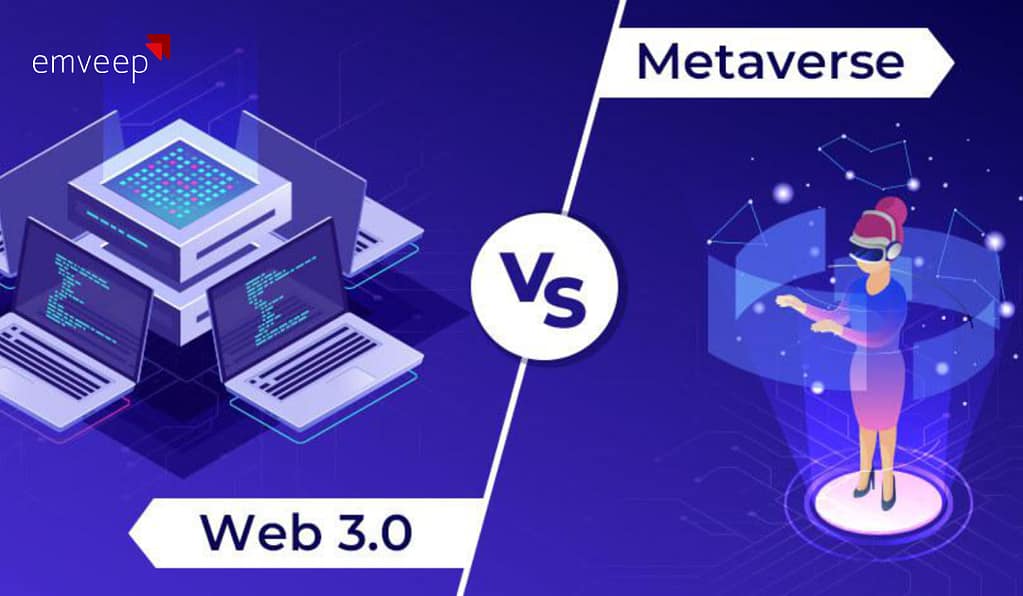 Several things make Web 3.0 and Metaverse different. The first fundamental difference is that people can access the Metaverse using Web 3.0. This method is similar to the analogy of a car accessing the road.

Another difference is that in Web 3.0 users and communities will have decentralized ownership and control over the Web. Meanwhile, the Metaverse is a shared digital environment that will enable people to communicate, create an economy in it, and get people involved in real-time interactions regardless of ownership.

Metaverse uses technologies like AR or VR with digital currency, while Web 3.0 is built on a blockchain with cryptocurrency. It is the result of Web 3.0’s decentralized structure.

Between Web 3.0 and Metaverse are also used in different ways. Web 3.0 defines how the internet should be used and managed. On the other hand, Metaverse shares the experience of playing games, social media, and shopping.

The final difference can be seen in the technology used. The essential technologies that support the operation of the entire ecosystem are present in the Metaverse, such as connections, interfaces, decentralization, the creative economy, and other advanced technologies needed to build the Metaverse. Meanwhile, the goal of Web 3.0 is to build a decentralized web that uses only blockchain technology.

Common Ground Between Web 3.0 and Metaverse 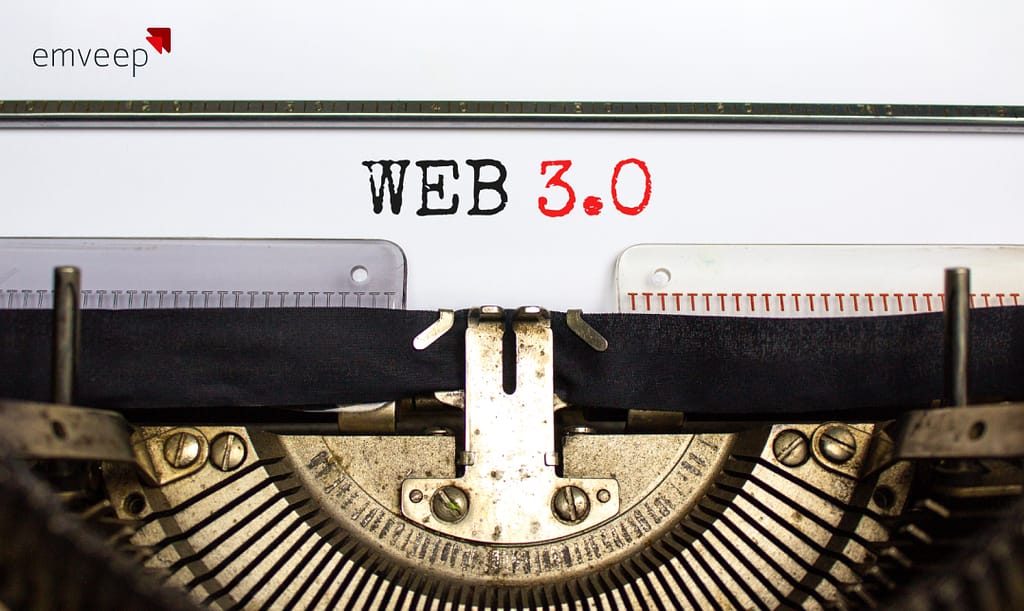 Metaverse will continue to be on the surface and deep web, even though Web 3.0 is still often referred to as decentralized, Metaverse will remain centralized in terms of social media control platforms.

Both of them are built on advanced, ever-evolving technologies. The semantic web is the common ground for both Metaverse and Web 3.0, including AI which is a key component of both. AI will be an indispensable part of building highly sophisticated user interfaces.

The common ground between the two also lies in the progress made with blockchain. Every new concept on the blockchain is valued as a potential module to integrate the Web 3.0 engine that will power the goods and services of the metaverse.

Also, what will bring the two together is perhaps most obvious in terms of the digital currency they both use. Cryptocurrencies can form the foundation of the economic and monetary system in the Metaverse. People will spend their digital money to buy in-game items or decorate their avatars.

Metaverse and Web 3.0 are indeed different even though they have attachments. Metaverse is a new virtual 3D ecology that can show the true reality of life in general. This provides a realistic and immersive experience. In the metaverse world you can work, study, play, also trade. There you can even buy land, and like real estate, land prices in the metaverse can go up. That’s how the “New World” online was created by Metaverse.
Here the role of Web 3.0 is to decentralize the infrastructure that allows people to generate and manage their digital assets (Like in Metaverse or elsewhere). This is also one of the links between Web 3.0 and Metaverse.

If you are interested in buying land in the Metaverse, it’s a good idea to add your insight to this article. Or if you wonder about other topics that are related to this discussion. You can look here below. How To Structure a Small Development Team 5 Companies Make Profits Through Web 3.0 Until US$19 Billion