If so, now developers have a dilemma to choose between Java and Kotlin, regardless of other programming languages that can also be used to develop android applications. Is Kotlin a better version of Java? Or do they have their own pros and cons? So, which one is better? We will find the answer by surfing further.

Get to Know More About Kotlin vs Java 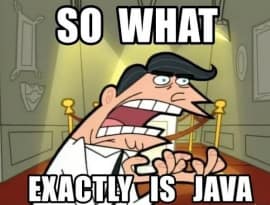 Java was first introduced in 1995 by Sun Microsystems, making it more popular and adept at being used by developers. Java is a simple, reliable, and robust object-oriented programming language that makes it suitable for many purposes, such as creating and managing Android applications, web applications, servers, embedded systems, big data, and many others.

A brief history of Java, which was initially known as Oak, was named by the founder of Java, James Gosling. Gosling saw an oak tree standing outside his office. Java is suitable for creating Android applications because it is not platform-dependent, enabling it to function on any platform. Java is the most popular language on GitHub, making most android apps based on Java. Java has its own runtime environment, the Java Runtime Environment, and an API.

If you want to become an adherent of the Java programming language, this reason may be the answer to why you think Java is better than Kotlin.

With its age no longer young, Java can still triumph amidst the many new programming languages being born. This shows that Java is robust and reliable both then and now. Java is also highly scalable and safe to use. Other reasons are :

Apart from that, to further convince you, it might be a good idea for you to also know the Pros and Cons of Java.

Now that you know Java, it’s a good idea to also dive into Kotlin to make it fairer for both when judged by your observations. 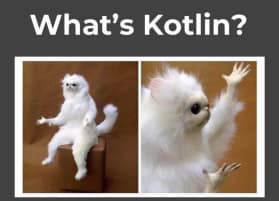 Kotlin was born from the intention of the JetBrains team to make Java coding more productive until they finally introduced Kotlin in 2017. And before long, Kotlin officially became its own programming language in 2018. Despite its youth, Kotlin has already received support from Google as a Java alternative for mobile development.

More specifically, Kotlin is a statically typed programming language that compiles to JavaScript and can run in browsers and the Java Virtual Machine (JVM). So, Android developers can code in Kotlin or Kotlin Native and use the IDE to build cross-platform apps.

Kotlin has been able to combine object-oriented and functional programming in limitless ways. Because of this, Kotlin has become a reliable and good choice for Android and server-side applications. Let’s mention Netflix, Trello, Uber, Twitter, and Pinterest. They are fans of Kotlin!

If you feel that the big companies mentioned above have not been able to attract you to become part of Kotlin fans, this explanation may make you think that Kotlin is the programming language you are looking for.

Kotlin is a modern, concise, easy-to-operate, and secure programming language. It is compatible with Java because you can use your favorite frameworks and libraries with Kotlin. You can see some framework options here. This also saves you time and effort. Further reasons are :

Let’s look at the pros and cons of Kotlin below:

Are the pros of Kotlin able to make you get rid of the cons it has? And have you convinced that Kotlin is a better version of Java? 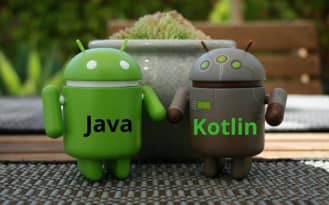 To answer the question of whether Kotlin is a better version of Java? The answer depends on your needs and your point of view. Moreover, both have pros and cons, let alone say which is better, because they have their own functions. They are best suited for different tasks. On one side, Java is a more universal language. Apart from being the choice for Android application development, Java is also ideal for big data, e-commerce, and enterprise systems.

On the other hand, Kotlin is a language developing rapidly, providing opportunities for developers to experiment with Android application development. Therefore you can choose Kotlin for developing modern Android applications. However, the end result is that the language you choose is the one that suits your developer and project. If you are a beginner, it is better to choose Java. If you think more cognitively, then Kotlin can be your choice.

Now that you already know about the comparison of Kotlin vs Java to develop an app you may check our next topic. 5 Most Essential Stages of Application Development