The trend that is currently fluctuating in the economic arena this season is none other than layoffs. We have often heard that recently leading companies are happy to reduce their employee members in droves.

Not only in one business sector, but various sectors have also extended the list of companies that have laid off their workers. Credit Suisse (NYSE: CS) recently confirmed its plans to lay off 5% of its workforce by the end of this year.

This number is significant enough to represent the reduction of employees. In fact, a real estate platform, namely Opendoor (NASDAQ: OPEN), has planned to reduce 18% of its employees.

This layoff trend has no doubt affected the market and clouded investment. However, if so, can this layoff be directly labeled as an indicator of the health of a company? Does it mean layoff is a signal from a company heading towards bankruptcy or even a strategy to generate more profits?

To find out the answer, let’s surf further. 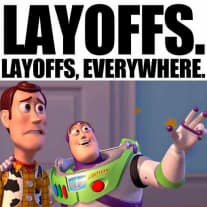 The layoff is the dismissal of groups of workers from a few to thousands as a form of the company’s efforts to cut costs. Generally, a company doing layoffs is triggered by an economic downturn, or there could be a restructuring of divisions considered unimportant to streamline the number of employees.

Usually, companies call layoffs “downsizing,” “rightsizing,” or “smart sizing.” And for employees who stop working at the end of their career, “early retirement” can be offered, and then the salary is replaced with retirement benefits.

Quoted from the Cambridge Dictionary, layoffs mean the company’s action to terminate the employment of an employee. There are times when these layoffs are temporary. Some are permanent. Usually, layoffs are also taken by companies because there is not enough work to be done, so hiring unnecessary employees is considered ineffective.

Lately, so many giant companies globally have laid off their employees. The reason they took this step was colored by various causes.

Check out which companies are taking layoff steps below:

Companies that Laid Off Their Employees and The Causes

Who doesn’t know Intel company? Intel Corp (INTC.O), a chip maker, has planned to lay off employees, citing a slowdown in the personal computer market. Intel is no longer seeing fluctuations in its market share.

On Wednesday (12/10), Intel announced layoffs in early October. Several divisions in this company, including the sales and marketing division, received a 20% reduction in staff numbers.

You have at least occasionally shopped through this online shopping platform. Reportedly, Shopee Thailand has laid off 10% of its total employees in the country.

Unlike Intel, Shopee Thailand took the layoffs as a step toward company restructuring. This restructuring was carried out to improve operational efficiency to make the company more agile and able to continue to grow in the long term.

Apart from Thailand, the management of the Singaporean multinational technology company has restructured its business in many countries in 2022 to make the company more independent. 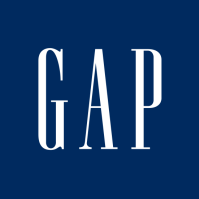 Women and men may also be fans of this retail fashion from the United States. GAP has laid off 500 employees in New York, San Francisco, and Asia. Apart from that, it is reported that GAP has closed job vacancies in regional branch offices of these countries.

This news was revealed by The Wall Street Journal, which said layoffs had begun in recent days with 5% of the total employees of GAP companies.

The reason GAP took the layoffs was initiated by reporting a decline in first-quarter earnings, with its sales slumping at its Old Navy brand.

Another retail company from the United States, Bed Bath & Beyond, will lay off 20% of its employees and also close 150 of its stores.

One definite reason that Bed Bath & Beyond gave was to save the company from the brink of bankruptcy. In addition to laying off, the company will cut several household furniture brands that are no longer profitable.

Bed Bath & Beyond, quoted by CNN, Thursday (1/9), has secured US $ 500 million in funding to support its ailing finances.

The fantastic car manufacturer made by the United States, Ford Motor Co., also took part in layoffs at the end of this year. Ford laid off its 3,000 employees. Not because of bankruptcy or corporate restructuring, Ford intends to increase profits to enter the electric vehicle market.

Ford CEO Jim Farley and chief executive Bill Ford told employees that “building this future will require changing and reshaping nearly every aspect of the way Ford has done business for more than a century.”

Ford believes that layoffs can bring more profit to its business.

The Effects of Layoffs on The Company

A company’s best choice in dealing with specific problems is carrying out layoffs. Still, it is also important to remember the impact of releases on the company itself. Can the initial purpose of doing this be fulfilled by doing layoffs? So, are layoffs excellent or bad for companies?

The following is the impact that companies can feel after carrying out layoffs :

As we have read before, entrepreneurs do a lot of layoffs to increase profits. But in fact, taking layoffs also requires financial costs for the company.

An example is that companies must provide severance and follow-up benefits to employees affected by layoffs soon. In the long term, it can involve several costs for the company if it decides to re-employ its employees.

Only employees who are laid off will experience stress. However, there is no doubt that layoffs can also affect employees who are still working. They will tend to feel uncomfortable and insecure, affecting their morale, performance, and trust in the company.

Instead of making a profit, layoffs lead to reduced employee productivity, which in turn results in losses. In addition, furloughs can also disrupt the status quo, where employees must form new work relationships and find ways to complete more work to replace the duties of dismissed employees.

Of course, you still remember that layoffs do not permanently terminate employees. Employees may be temporarily dismissed for an unspecified period. This condition harms the company. Employees in this group tend to feel worried, lose enthusiasm for work, and ultimately increase the intention to switch companies. This happens because they feel uncertain about their future in the company.

Apart from some of the unpleasant impacts above, doing a layoff also has a positive effect. Not only to reduce the number of employees to minimize costs and set aside employees with high performance and potential.

These employees will, of course, help the company grow in its post-layoff operations.

For a company to make a layoff option is undoubtedly a challenging matter for you. If you want to lay off your employees, it is better to pay attention to the consequences that you can accept, not only for achieving your planned goals.

So, is a layoff excellent or bad for the company? The answer, of course, depends on the more significant benefits you will receive when you do the discharge. Let’s say you want to do layoffs to reduce employee salary costs, but in fact, this burdens other employees with more tasks which end up in their less-than-optimal performance. So, releases can be called bad for the company.

However, layoffs are sometimes wrong too. For example, you want to do releases to streamline the number of your employees because you find many employees in positions that are not too important. So here layoffs are necessary for you to do.

But, If you want to know more other news or Company activity during this year, you can read more about our following discussion below: