Android and iOS are the two most popular operating systems in the world. They have been adopted by millions of people across the globe. This article will discuss what programming languages should be used for Android and iOS application development.

Android is the most popular operating system for smartphones and tablets. It is an open-source mobile operating system developed by Google. Android was initially developed for digital cameras and later released on other devices such as smartwatches, set-top boxes, etc.

The popularity of Android can be attributed to the fact that it has been designed with extensive features to work across all screen sizes, from small phones to large tablets. It also supports multiple languages, including English, French, German, etc., making it suitable for users in various countries or regions around the world, such as India or Europe, where English isn’t their first language.

What Are the Pros of Choosing Android App Development? There are billions of users using Android phones worldwide, so more than half of all smartphone sales take place on Android devices. This operating system can be downloaded for free on any device you want to use it on, including PCs, tablets, and even televisions.

The open-source nature of this software makes it customizable according to your preferences without paying any additional fees. Its versatility allows you to modify its appearance while maintaining its usability so that no one else can see what changes you made unless they are looking from behind your back (which hopefully isn’t often).

Another advantage of choosing this platform for developing applications is that both developers themselves and customers who buy apps made with them will benefit from how easy it is. It requires minimal effort, but it also reduces costs significantly compared with other platforms such as iOS or Windows Phone because there aren’t many options available yet.”

Which Programming Languages Should be Used in Android App Development?

Android App Development is the process of creating applications for mobile devices. That’s why it has to be cross-platform, which means that the app has to run on both Android and iOS.

Java was created by Sun Microsystems back in 1995, but Oracle took over in 2010 when they acquired Sun. Java is an object-oriented programming language used in android applications with many features like garbage collection, exception handling, automatic memory management, etc., making it easier for programmers to create large complexes.

Being an old language, it has some drawbacks, too: it is not good at parallelism (multithreading) because it can have only one thread running at a time; it doesn’t support all modern concurrency models like CSP or actor model. it uses lots of boilerplate code, which makes writing code repetitive and error-prone. Lacks static typing so if you misspell something your compiler won’t catch errors before running the program unlike statically typed languages where compilation errors are reported immediately as soon as syntax errors are detected during the compilation process.

How Much Will it Cost to Develop an Android app?

It’s a common question among businesses, startups, and entrepreneurs when looking for a mobile application development company to hire. The mobile app development process is complex, expensive, and involves a lot of work from designers, developers, and testers. Therefore it’s not surprising that many people want to know how much it costs to build an Android/iOS app before hiring any agency or developer for their project. Feel free to ask us budget for developing the app. iOS App Development is a top-rated platform for developing apps. It is a highly stable platform and offers many advantages compared to Android. Some of the benefits are:

What Are the Benefits of iOS App Development?

iOS App Development has many benefits. The first reason is that iOS is a stable and secure operating system. It has been in use for more than ten years and has been updated regularly by Apple to make it even better. The second reason is that iOS has a large developer community, which means that you can easily find skilled programmers to help you with your project. These developers are also very familiar with the latest features of this operating system, so they will be able to provide better solutions for you than someone who is not as well versed in this area would be able to do on their own.

Another benefit of developing an app for the iPhone or iPad platform is that you won’t be limited by any technical restrictions imposed by Apple on its devices since all apps need approval before going live on the App Store. This makes it possible for developers who want something different from what other people have already built before them without having any reservations about whether their ideas could work out once they get into development mode (which happens less often than one might think).

Which Programming Language is Used in iOS App Development?

Objective-C is a general-purpose, object-oriented programming language that adds Smalltalk-style messaging to the C programming language. It was created by Brad Cox and Tom Love. It is the primary used in ios development language, but it has also been used on OS X and watchOS.

It was released as Mac OS X’s primary development platform for new applications and significant revisions to existing products. The earliest versions of Mac OS X were based on NeXTSTEP, which was developed by NeXT Computer Inc. and acquired by Apple two years earlier.

Objective-C underwent major revisions between 1.0 and 2.0; from 2.0 onwards, it has changed little apart from some added features (such as properties) and changes made for compatibility with C99. Its central design goals remain safety (enforced at compile time), high performance, low overhead, and dynamic dispatch (late binding).

How Much Does it Cost to Develop an iOS App?

If you want to develop an iOS app, the cost of producing it depends on several factors. The most important ones are the features and functionality of your application. The type of application you want to create is another factor. If you want to create a simple app with just a few pages, this will be cheaper than if you need a complicated solution with many screens or interactions between various users.

The developer’s location also influences its price because it affects salaries and taxes they have to pay in their country. An experienced developer who works from home may charge less than someone who has an office downtown with employees and rent expenses.

In addition, developers charge more if there is an urgent deadline for delivering results because they have more work.

This increases costs significantly but does not necessarily mean that such companies provide better quality services than those who do not rush things out quickly (and usually have problems). When looking for developers, ask them about how long it will take them if there are no deadlines involved – then compare these estimates with those given by other companies specializing in your type of project.

As you can see, there are many benefits to choosing iOS or Android app development. The two platforms have their strengths and weaknesses, but both have a lot of potential for businesses looking to expand their reach in the marketplace today. If you’re not sure which platform is right for your company, why not try out both? or need a consultation with us? Let’s take a moment here. 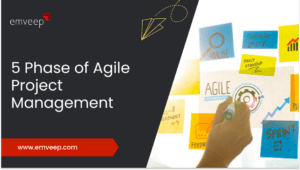 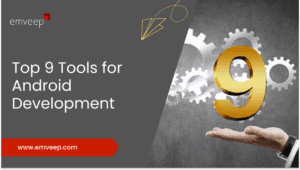