NFT: Be Careful Money Gone in an Instantly

While an example of a tweet may seem insignificant, Non-Fungible Tokens has significant business implications. They have been used to simplify complex real estate and transactions. So, changes in behavior occur in the way buyers and sellers interact in the art market.

What Are the Benefits of NFT? 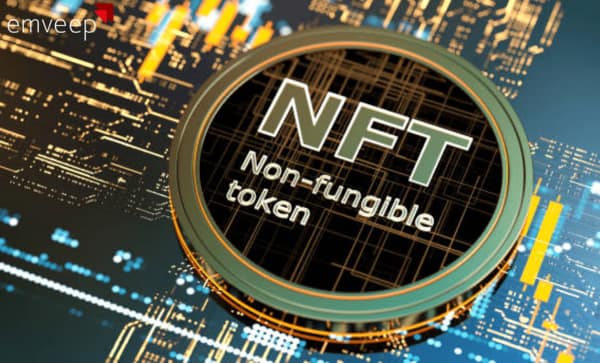 A tool that creates non-exchangeable digital assets using a blockchain at its core. Two main benefits can be obtained from this feature. Most notably, Non-Fungible tokens offer certification of ownership. With a blockchain-based license, records are protected from change or modification. This causes digital assets to have only one legal owner at a time. Furthermore, consumers do not have to worry about the risk of counterfeiting.

Non-Fungible Tokens are based on smart contracts. Smart contracts are autonomous, secure, accurate, and free from interference. Smart contracts facilitate the transfer of NFT ownership because it only requires the fulfillment of certain conditions between the buyer and seller according to the outline.

In short, Non-Fungible tokens (NFT) are undeniably beneficial for consumers. While NFT requires a more profound understanding through various factors such as deployment, cybersecurity, and exploitation, it is proving to be a potentially promising practice in many industries in the future.

Things to Consider when Buying NFT

First of all, you have to know the NFT project before buying. Pay attention to the detailed step-by-step project to be carried out. Measure whether or not a project is good for now. It is still based on word of mouth or the people involved in the project. For example, the Karafuru NFT project sold out instantly because a marketing person named Jejow had a good image and had a name in the NFT world. People are very confident in the Karafuru Project because the people behind the scenes have a high level of trust if this Jejouw is involved.

Team of the NFT Project

The team’s composition and the team’s introduction on this website can also influence someone to buy or not. Provide a Linkedin profile for each group so that their digital footprint and expertise are clearly known. So that it can increase the confidence of NFT collectors to set aside their money to buy your NFT.

This Social Response can be in the form of word of mouth from the wider community related to the upcoming NFT project, NFT listed either on Open Sea or on other similar platforms. If your NFT project is good automatically, influencers or NFT critics will definitely review your NFT project until you buy the NFT and then give it to their followers in the form of a giveaway. This is also very important, especially in promoting your NFT and increasing brand awareness.

Beware of the Rug Pull

In the crypto world, Rug pulls often occur on projects that look good but turn out to be scammers. As a result, the price of NFT fell to zero, which caused enormous losses for investors. In this case, the creators behind Frosties have published details of their activity via social media channels and other platforms, pushing prices up.

The first significant “rug pull” of the year was recorded on Tuesday, as the value of the 8,888 NFT collection under the Frosties project dropped to nearly zero almost overnight. The project generates about $1.3 million from investors via its NFT and is part of the growing number of crypto crimes recorded worldwide over the past year.

The user suddenly realized that his website, Discord channel, and the Twitter account had disappeared, and the creators had withdrawn the funds that investors had transferred to their crypto wallets. The wallet only has around $4,000 worth of Ether (ETH) tokens, and nearly $1.1 million worth of ETH has been withdrawn over two days, taking unsuspecting investors by surprise.

What are Upcoming NFT Projects?

Veve originally designed the battle figurine for Classic Confrontation from DC Direct. They quickly sold out and became precious collectible sculptures. In fact, demand was so high that the Veve collection was reintroduced several times in different paint schemes and sizes. Veve’s limited edition digital collections can be traded, upgraded, and customized in virtual showrooms or shared on social media via the VeVe app for android and iOS.

DC Battle statues are admired for their homage to their 87-year history while also visualizing a future where NFT plays a fundamental role in unlocking new experiences and ways of interacting with DC content.

It is a virtual luxury world with social, gaming, and interactive components. The goal is to transform traditional flashy luxury consumption into a new luxury format that is modern, more democratic, inclusive, fun, and relaxed in a fully digital and dreamy environment.

The team strives to build a fun and engaging community. To achieve this, residents will have the option to cash in on their time and earn money by playing video games as part of the “Play-to-Earn” program.

SpaceWarriors Club consists of 7,777 different 3D NFTs developed using the Unreal Engine 5 engine and stored as ERC-721 on the Ethereum blockchain. This NFT is hosted on IPFS. The initiative allows anyone to build their own video game without worrying about code or design.

This NFT initiative will give users voting rights to form Space Warriors via DAO, which has caught the attention of Space Warriors fans. Users will explore a whole new world of benefits and utility when they become members of a private community.