Menu
Talk with Us

One of the most well-known internet platforms, Facebook, is rebranding to signal and embrace futuristic ideas, with the term metaverse. The name Metaverse is the latest keyword to capture the imagination of the tech industry in such away. Facebook CEO Mark Zuckerberg revealed that he changed his company name to Meta Platforms Inc., or Meta for short.

Mark Zuckerberg describes it as a “virtual environment” that you can step into. It’s an endless world of interconnected virtual communities, where people can meet, work, and play, using virtual reality headsets, augmented reality glasses, smartphone apps, or other devices. The virtual environment created by Facebook can also do things like go to virtual concerts, travel online, view or create art and try on or buy digital clothes.

Facebook has launched meeting software for enterprises, called Horizon Workrooms for use with its Oculus VR headsets. Create a metaverse experience of seeing coworkers in a video call box, employees can join them in a virtual office, and users will be able to move between virtual worlds created by different companies.

The Pros and Cons of Rebranding Facebook to Meta

In the development of the virtual environment built by Facebook and at the same time changing the company name to Meta, there are pros and cons. Here are the results of my analysis of the pros and cons:

The Metaverse environment is centrally designed

Many existing metaverse platforms are based on blockchain technology which makes central control impossible. Dave Carr, communications lead at the organization that runs the virtual world Decentraland, said in this virtual world, people are using cryptocurrencies to buy land and other digital objects in the form of non-fungible tokens (NFTs).

By combining blockchain technology and NFT crypto, it will make it easier for people to sell limited edition digital objects like NFT, display them in their digital space, and even resell them to the next person safely as quoted by Reuters Carr also described Decentraland’s metaverse environment as decentralized and Facebook’s plans are likely centered.

Can Increase the Popularity of Virtual Reality

The reaction from early metaverse adopters said the inclusion of Facebook could increase interest in the virtual world concept in general, attract more users and support the development of multiple virtual worlds.

Tristan Littlefield, the co-founder of the NFT company nft42 and a metaverse user since 2018, said his first reaction to Facebook’s announcement was that a giant like Facebook is stepping in and just throwing billions of dollars away, could be a positive thing “because of the emergence of new people it will bring into space.

This technology will also incorporate other aspects of online life such as shopping and social media. According to “The Metaverse” Document the right way to break through consumers’ ignorance of VR is to deliver what the media expect and want.

The document also states, if they envision users developing virtual advertisements through a digital world, which is filled with virtual goods that can be purchased. In addition, there will also be virtual people who get married and spend time called the ‘Meatverse’.

According to an analyst who follows new technologies, Victoria Petrock, “This is the next evolution of connectivity where it all starts to come together in a seamless doppelganger universe, so you live your virtual life the same way you live your physical life”.

To describe the metaverse world created by meta later, Zuckerberg teamed up with Crayta creators DryCoast & Kay. “If you want something like this to run in real life with high quality and have a 3d environment, it will be difficult to render in a browser or on a mobile phone,” Zuckerberg says, referring to Cloud infrastructure. However, it would be preferable to do so in the cloud infrastructure and then send it over the network, as it can only be rendered in the cloud after that.

“A lot of times today, people think about the metaverse as 3D experiences you can have in virtual and augmented reality,” Zuckerberg said, “but I think what Crayta shows is that you can both build and enjoy these kinds of experiences really easily on all kinds of 2D environments, including just within the Facebook App on phones and computers.”

“Ecstatic to launch our Crayta social world and game-building environment on Facebook Gaming,” he added. Even if you don’t have a powerful system, you can build on mobile and desktop quickly using our cloud-streaming technology. While constructing Meta’s iconic Hacker Square, I recently jumped into Crayta with some talented creators to talk about the future of gaming.

Facebook is also facing increased scrutiny from the US Congress and the media after a former employee, Frances Haugen, leaked documents or reports dubbed the Facebook Papers revealing various problems on Facebook that were ignored and not resolved properly.

Internal research also reportedly shows that Facebook is aware of drug and human trafficking issues on its platform but has failed to take adequate action to address the issues.

To add to the growing story surrounding Facebook, a new report from The New York Times now claims that an internal study commissioned by the company found a “Like” button on the platform causing “stress and anxiety” among many users.

Meta Has Been Registered as a Trademark in The United States

The Guardian reported that the change of Facebook’s name to Meta was challenged by Meta PCs Arizona, a computer startup for gamers based in Arizona, USA. Zack Shutt, the co-founder of Meta PCs, said the company was listed in November 2020, and their team was not aware of Facebook’s plans to use Meta for rebranding, until last week when Facebook CEO Mark Zuckerberg announced it.

He revealed that Meta had been registered as a trademark of his company’s products, and received an official certificate in August 2021, or about two months before the change of Facebook’s name to Meta. Zack Shutt and another Meta PC founder, Joe Darger, said they would not sell the Meta name, for less than $20 million, if Facebook CEO Mark Zuckerberg tried to acquire the name.

Changing The Company Name Does Not Necessarily Increase Trust

Forrester’s Vice President and Research Director, Mike Proulx said that if Meta doesn’t take its (privacy and security) issues seriously, no doubt the same problem will come to Metaverse as well.

From the results of Forrester’s research which surveyed 745 people in the US, Canada, and the UK, the majority (75 percent) thought that changing the company name did not necessarily increase trust in Facebook.

One of the lawmakers from New York, Alexandria Ocasio-Cortez who argues that Meta has the potential to be a bad threat to state institutions and also its users.

Will the pros outweigh the cons for the user? It’s hard to say when so much of what we know about the metaverse is speculative. It’s a big job, and we need the tech giants to take control because they’re the only ones with enough resources to bring the metaverse to life. As for how it turned out, only time will tell.

The Most Popular Guide to Software Development Today 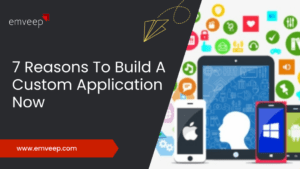