Flutter vs React Native who will win for the project? many of us as business owners or people who don’t know about programming languages also ask about which one was right for the project? but the other hand, Flutter has functional to cross-platform apps that remain of great interest for the majority of businesses.

If we are to compare React Native Development vs Flutter, both provide pros & cons between them. If you ask a developer it can depend. It’s like you ask about which position in football is the best, it will be answered it depends on your roles. In this article, we found not only it depends, but the secret things between Flutter vs React Native in comparison. We cover all aspects you have to know about Flutter vs React Native such as performance, ease to use for implementation, and for a big project. Never end reading without bringing something.

Is Flutter Faster Than React Native in Performance? All Flutter apps have a high performance by default. But the other hand Flutter has some common problems that appear may affect the rate. Flutter provides the user with several recommendations that can help to reach the desired result. The following recommendations are:

Not only that, but Flutter also recommends controlling build costs, effects & widgets when you need them. Then your developer can use lazy methods for:

It Flutter, next is React Native. I found several articles from a developer who talk the same thing about performance. Jamon Holmgren said performance is different mostly due to the asynchronous React Native bridge which will be replaced by concurrent communication between native & JS as the new architecture rolls out this spring. But skia is coming to React Native, which means you can have the same renderer for react-native that you would use in a flutter.

Can you get a point? between React-Native vs Flutter is still strong for each other. Let’s check another aspect.

Is Flutter Hard to Find Documentation than React Native? This part can be the strongest factor for Flutter vs React Native. It means if Flutter can be hard then React-Native automatically React Native is a win but if otherwise React-Native is so hard to find Flutter is a win. Let’s talk about this. I found some resources that mention Documentation between React-Native vs Flutter, he said if a compare them, react native is not so impressive, but many developers find it more user-friendly. How about Flutter? isn’t user friendly too? I don’t think so but flutter is perfectly structured documentation. The document is so well-structured on the website that the inconveniences are almost unnoticeable.

Now you know about the documentation between them, it depends can change to what do you need for? user-friendly or perfectly well-structured? Maybe is still biased and doesn’t understand what user-friendly form of a perfect well structured? Let’s take a final aspect.

Is Flutter vs React native Good for Big Projects? In the form of a project, I use an example or portfolio to take a look at how to flutter or react-native use in a project. Flutter can be used for pretty much any app. Below are just a few examples:

But the other hand react-native usually has many apps too. below are the example:

Between Flutter vs React Native they have to live with each other. But sometimes businesses need fast development and need a programming language that can cross platforms iOS and Android. According to that flutter someday can replace react native with a new version.

According to Emveep experts, crisis conditions will inevitably push more businesses to choose Flutter as an excellent opportunity to move quickly online and expand their influence on electronic platforms. If you want to quickly develop an app for iOS and Android without sacrificing quality or budget, give Flutter a try. However, if you are still curious about custom app development we have several articles that can help you in the app development process. 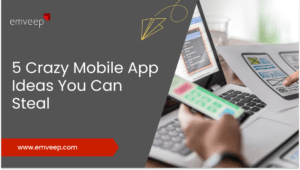 4 Types of Software Every Tech Startup Wants To Build